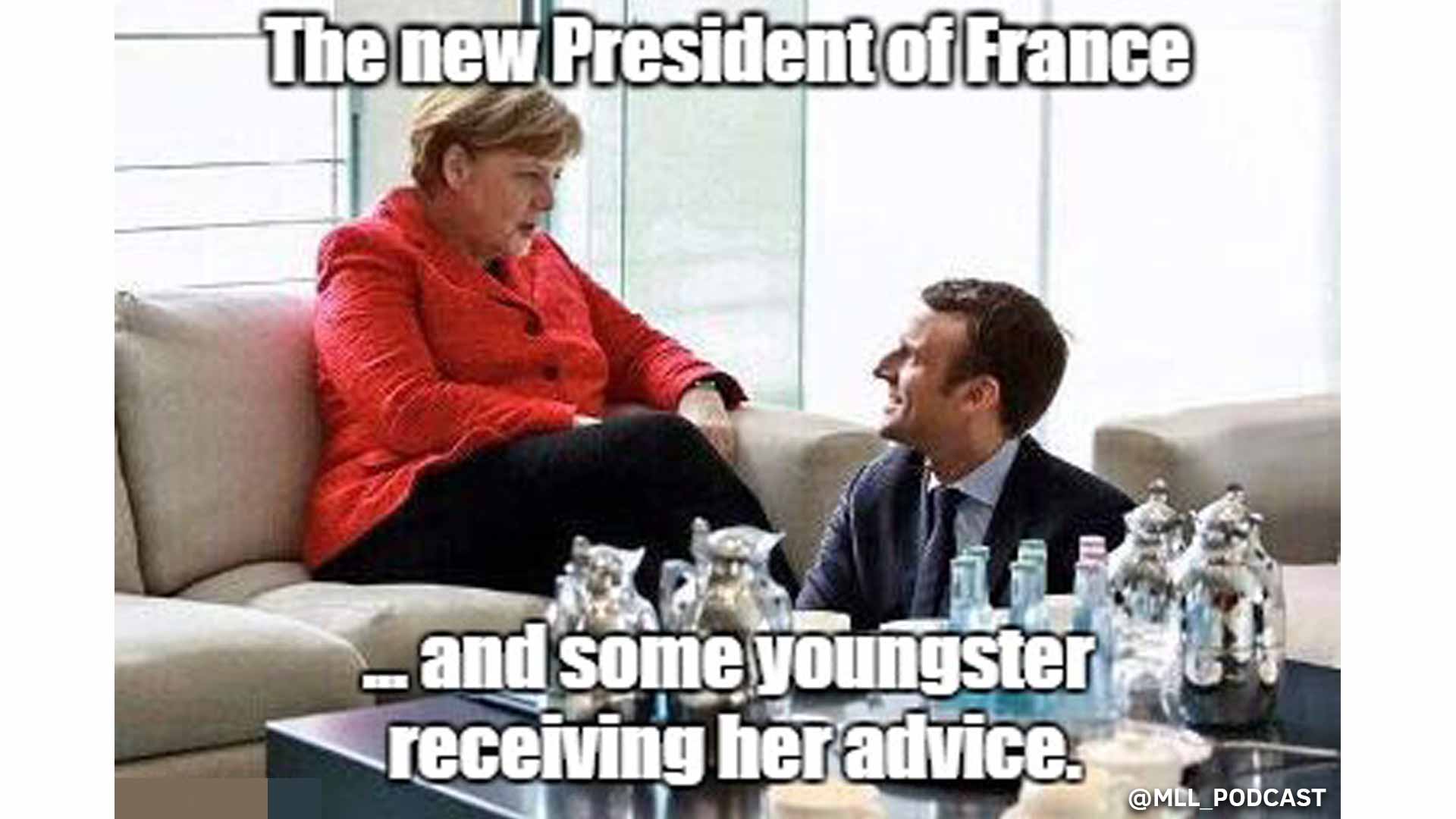 The French people are so self-loathing that they would rather continue to allow immigrants to rape their women and give them free benefits than to appear racist.

Greetings fellow liberty lovers! On the latest episode of the Major League Libertarians, Logan and Lou go over the loss for France when they elected Macron president, the conquest ethos and how history should not be judged by today's morals, and last but not least, we have a special guest, Brock Willett, giving his opinion on all of this and more.

The blow to French liberty is historical with Le Pen losing the elections to “centrist” Macron.  Macron has been a long standing proponent of the EU and its policies regarding the refugee crisis, which has led to civil unrest and economic downturn in France. Nothing signifies his commitment to the EU more than walking out to accept his country's presidential nomination to the EU anthem before France's and his phone conversation with Angela Merkel.

Logan responded to a question posed by a fan to one of our video posts.  The post was about the conquest ethos and how every culture subscribed to it in their own way. Whether it be through religion or “science”, the idea of conquest is and always has been universal throughout humanity. This is one of the reasons why judging history through the lens of today's morals is a futile and misleading exercise in leftist self-loathing. While our media-obsessed friends may not see this topic as exciting as why Jennifer Morrison is leaving the show Once Upon a Time, it is another way we are being forced to quiet our opinions in the name of not "appropriating someone's culture" or offending someone.

Finally don’t miss our newest contributor Brock Willett discussing these and other topics including our favorite violent far-left communist group, Antifa. In addition, we recorded a pre-show interview/discussion with Brock - available to our supporters on Patreon. Donate just $1 to join the Circle of Liberty Facebook group and enjoy exclusive content.

ISIS in Libya “overrun Europe with migrants and turn it into hell” - http://www.breitbart.com/national-security/2015/02/17/isis-in-libya-overrun-europe-with-immigrants-and-turn-it-into-hell/

Islamic State reveals it has smuggled thousands of extremists into Europe - http://www.express.co.uk/news/world/555434/Islamic-State-ISIS-Smuggler-THOUSANDS-Extremists-into-Europe-Refugees

Report: Only 2.65 Percent of Immigrants into Italy Are Refugees - http://www.breitbart.com/london/2017/04/24/report-only-2-65-percent-of-immigrants-into-italy-are-refugees