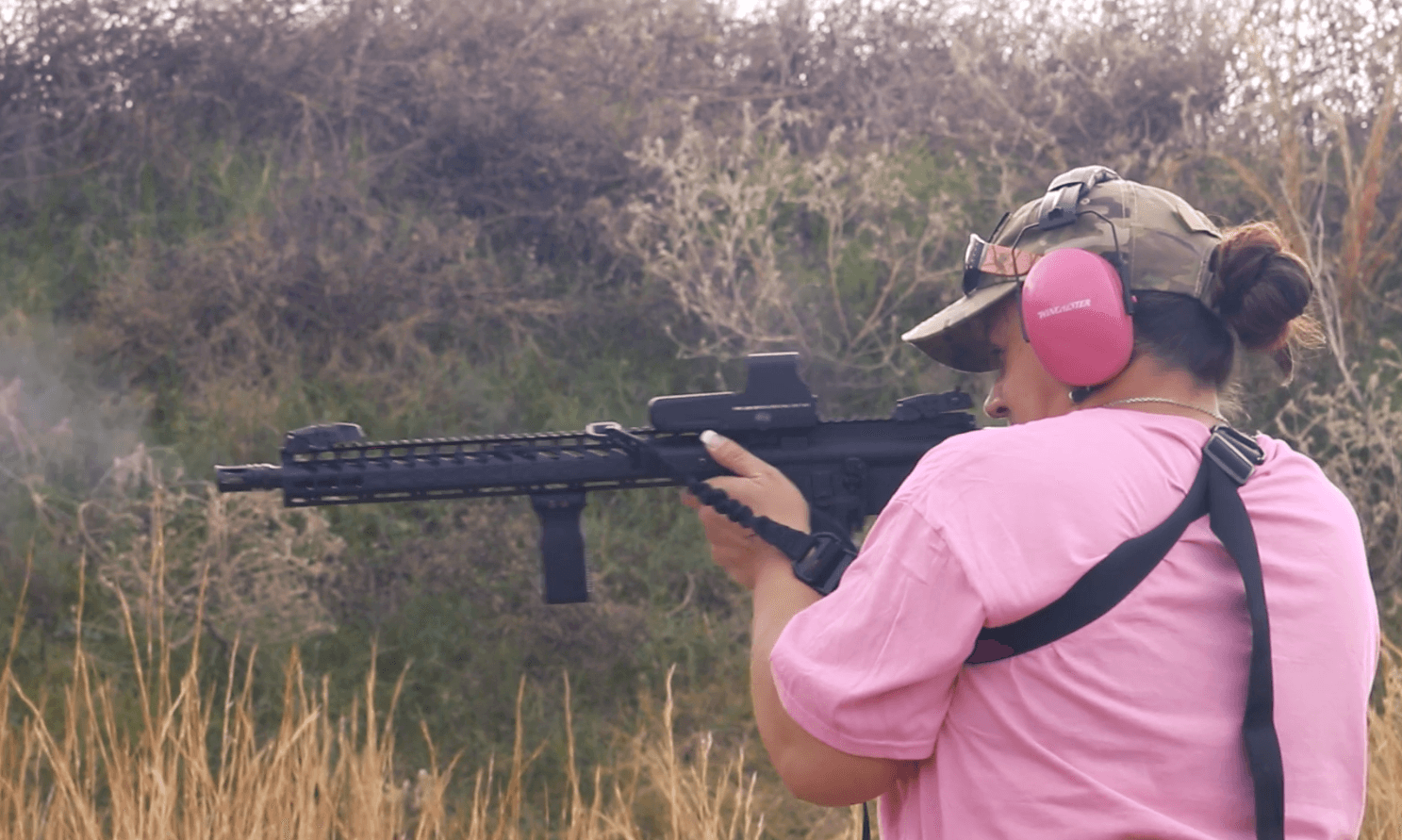 Producer Seth and Liberty Logan took a field trip to take part in a live fire training exercise. Generously hosted by the loving, family-like Lone Star III% militia, this training proved to be more than target practice and showing off who's got the bigger guns.

The day began with former law enforcement officer, Brian S. Richard refreshing everyone on gun and range safety. As the acting Safety Officer of the day, Richard made sure everyone was on the same page and "The Range is Hot!" was communicated clearly every time one of us went to fire. We really appreciated this aspect of the training, because the exercises we were performing require an additional level of observation and safety - and we felt that was thoroughly addressed.

Next, Shannon Woolard, council member of the Lone Star III%, explained to us the importance of gear such as bullet-proof vests and how to to obtain them on a budget. She event let us wear her armor while performing the exercises in order to get a feel for what it's like to be "suited up". Among all this fun gun stuff though, Shannon communicated the importance of medical know-how. The group holds trainings frequently and even does a training specifically on first-aid and other tips and tricks to use in a serious, resource-lacking situation.

Finally, we took to the range. We spent about an hour sighting in our rifles, with the helpful guidance of Brian Richard and Dale Woolard, Shannon's husband and council member of the Lone Star III%. Then, Liberty Logan had the first go at transition training, where we practiced switching firing between rifle and sidearm. All said and done, Logan's performance was quite impressive! You can check that out on our 360 video on Producer Seth's facebook page.

To conclude, this was an incredible opportunity and we thank Shannon and Dale for inviting us and Brian and Mike for being such patient teachers! Everything we've learned about this group has proven the Left's stereotype of militiamen wrong. These are not war-mongering white supremacists, they are good hearted, warm people with a mission to protect their families and liberties.