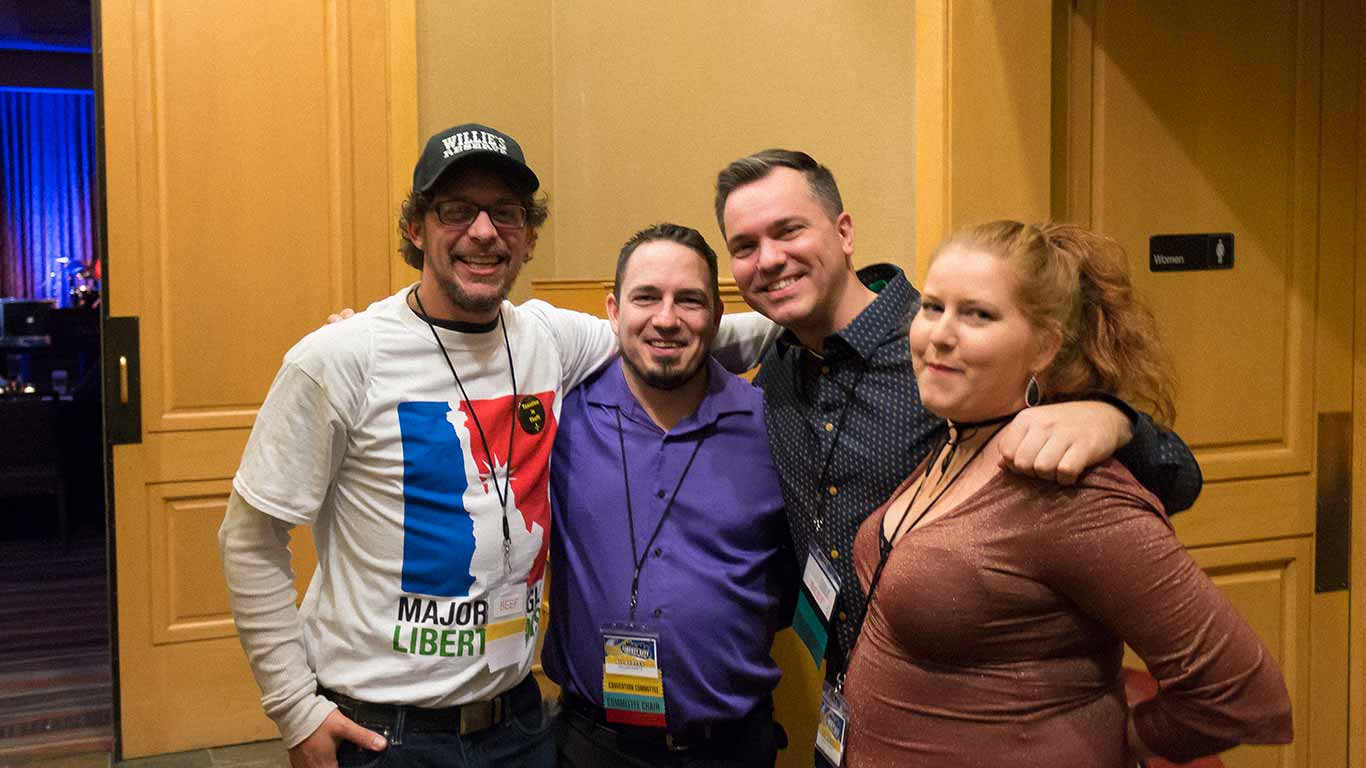 Guys, we're growing and it's thanks to you.

In March, we not only attended and were delegates at, but also had a booth at the Libertarian Party State Convention. It was an amazing experience and we met a ton of great people. We even met Austin Petersen, before he asked us to live stream his speech later that night.

Well it paid off having that little booth. Not only did we get endorsed by Austin Petersen (former libertarian presidential candidate), but we also got to network and make contact with the people that drive this movement in our state. We're still working off the momentum we gained from the excitement and passion of the event. In fact, we gained something like 400-500 page likes in that week alone, not to mention the interviews we lined up for you guys.

And now we're in a magazine!

For the first time ever, MLL is in a well-known magazine! Whoo! It's always disconcerting to be in some article because you never know how the press is going to present you. However, that was not the case this time - we were so psyched to read what they wrote about us. So shoutout to 303 Magazine for covering what matters and helping us little guys out.

You can check out 303's article on the 2017 Libertarian Party State Convention on their website.

So, what is our next step?

We're going to keep promoting liberty, doing our weekly show, and will be lining up some kick ass interviews to stimulate your liberated minds. We have one big one in particular in mind - but we probably shouldn't say anything about her/him yet. In addition, we'll be working on more videos like our "Dear SJW's" video parody of MTV's racist new years video and promise to never stop posting memes.

So if you haven't already signed up for our email list for updates, I have no idea what you're doing. Get in. Get informed. Let's bring our voice to the rest of the nation.