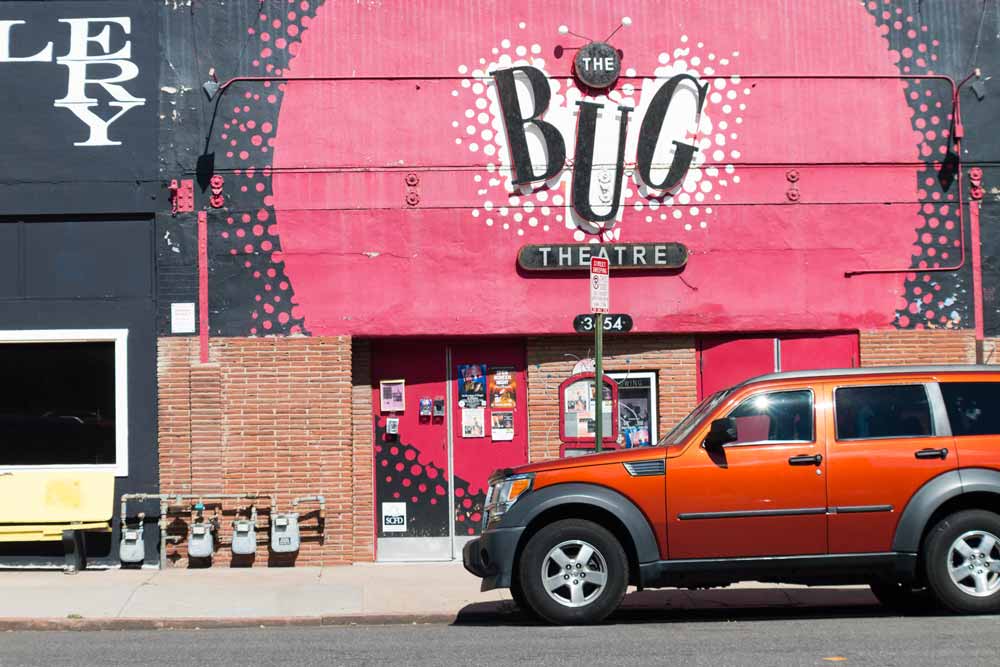 On July 15th, the Major League Libertarians were invited to cover the first annual Colorado International Activism Film Festival held at the Bug Theater in Denver, Colorado. I will admit that at first, myself and Producer Seth had our apprehensions as to what we would find when we arrived. Would this be a bunch of half witted anti-Trump films? Were we going to be subject to more of the same type of political “conversations” that have been so counter-productive at the various rallies we’ve covered in Denver? Despite these reservations, we went with an open mind and were happy to find the contrary.

This is the first year festival director Sharlene Holt, with the help of her daughters, Elle and Sarah Ullom, held the festival - but not the first time she has been involved in political activism. She cites waking up to 9/11 being an inside job as creating her interest in activism, eventually leading her to start Musicians for Freedom in 2008. Her preferred form of activism is through art, film, and music as mechanisms to explain the various views of her and others - a refreshing change from our mainstream political climate. This refreshing change continues with the films submitted to the festival through filmfreeway.com. With a variety of topics ranging from the crises in Angola and West Papua, to immigration, the war in Afghanistan, and domestic violence to name a few.

We had the opportunity to speak to the filmmaker and one of the actors of the film 10,000 Camels. This film focuses on an interaction between a U.S. soldier and a suspected terrorist. The soldier learns that his captive speaks English and is a doctor educated at Cambridge and a dialogue between the two ensues. At first the frustrations of both parties comes out, but after the realization that the captive is not an enemy combatant, the two eventually gain a greater understanding of one another from the other’s perspective. Filmmaker Kent Flaagan said showing this other perspective was important to him and one of the reasons he made the film. After 9/11, Kent felt a lot of people in America saw all Muslims as terrorists and had a fear of anyone of the Muslim faith. It’s because of this perception that he found it important to show the alternate perspective. The sentiment was shared by his award-winning actor Michael Thayer, who plays the middle eastern man. A professional thespian since 2006, this is Michael’s first film. He says it was also important for him to show the perspective of the middle eastern people, and wanted his first film to mean something. Michael received the best actor award at the Outlaw and Red Dirt film festivals and was nominated in many others. He says he has gotten great feedback from people who say it is a story that needs to be told. While in my opinion, the film’s portrayal of the soldier was off-base, the film does a great job in showing a different perspective and reminds us of the real human toll of our involvement in the middle east and how a lack of understanding one another leads to many widespread misconceptions.

Another film shown at the festival was an action drama called A Hero in All of Us. It’s a story of a child and his mother who are being abused by an alcoholic step-father. To get away from the abuse, the child escapes into his comic book world. When he puts on his mask, he turns into a super hero who stands up to his step-father and eventually inspires his mom to stand up for herself to leave the bad situation. We talked to producer Will Beckingham, who plays the step-father, and the director’s son who plays the lead role, Austin Lupher. They said they wanted to make a film that had an overall subtle moral that “the power to fight back is in everybody” and the best way to stop bullying was to stand up to it. This moral is wrapped in a comic book style movie complete with action scenes that were particularly fun for the production team to film. The film features several stunt men and does not skimp on action.

In addition to the filmmakers and actors, the festival attracted many activists that had interesting things to say, such as Victor Forsythe of the Denver Barter and Healers Cooperative. When we first saw Victor, we couldn’t help but notice the typical “Fuck Trump” button alongside others with more than slightly left-leaning connotations. So of course we had to speak to ask him a few questions. However, the refreshing change of pace in political conversation surprisingly did not end with Victor. After explaining a few things about his co-op, like their own cannabis currency, he went on to explain his fuck trump pin and actually had something to back it up. I didn’t find myself in agreement with his point but one thing we could both agree on was we were both fed up with the two-party system of which he ultimately sees Donald Trump as a continuation. After talking to Victor there were many things that I found to be over reaching of private rights such as his movement to stop cremations because they harm the environment, but realized we had more in common than we thought on issues such as term limits in Congress and, ironically, limited government.

Whether it was the films, the viewers, or the organizers, the overall experience was a positive one. Everyone from Trump supporters to Flat Earthers showed up to peacefully explain their views and listen to those of others. Although none of my opinions were changed, it was the first time in a long time I can say I felt they were earnestly challenged in a calm and rational manner. It may seem to many that the art of debate and conversation in public life has been lost in our current society and I respectfully disagree and say all you have to do is look in different places. Don’t look for it in the mainstream which only focuses on division and chaos. Look for it in tiny activism film festivals held in private theaters like the Bug.