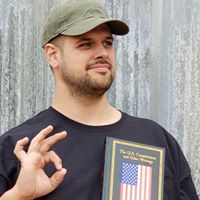 GARY JOHNSON: AN INTROSPECTIVE VIEW FROM A NEW MEXICAN

The third party system intrigues many but lacks any foundation. The third parties of American Politics continue to build a house starting with the roof first. They continually fail to show that their product (party and ideas) work. Now in our last Presidential election (2016) we saw many third party candidates all trying to boast their party and get the gold ring. Out of all the third party candidates, there is one that stood out and was a well known individual from the Libertarian party.

Who was this individual? Former New Mexico Governor Gary Johnson. Now when you think of the man many will say “My guy over Trump” or “Aleppo?” I, as a resident of the Land of Enchantment, see a big name former politician that has not done anything to strengthen his new party. I also see an individual that is more concerned with winning a few more votes to help his funding in the next four years.

When it was my time to submit my ballot, I did not pull the lever for the former Governor. There were many points I did like. I did like that he believed Taxation is Theft. I liked that he wanted to end Social Security and the IRS. Johnson wanted to make marijuana legal (I am indifferent on the subject and wouldn’t affect my day-to-day) which is always a win for individual liberty.

Yet with many great policies that Johnson wanted to implement if he was elected as President, he had many cons that outweighed the pros. Johnson had a stance on keep the border open and not deporting illegal immigrants. No other country in the world has a policy like this. A functional country cannot function without rule of law and defined borders. Johnson also picked Bill Weld for his Vice Presidential candidate. Another former governor (Massachusetts) but a big anti-2nd Amendment advocate, which is in stark contrast of Johnson. Some might say who cares, I believe why pick a second in command that will contradict you and your policies. Why need another George H. W. Bush in office.

Even if I were to ignore the already mention cons of Johnson, there is still a bigger issue. He failed to show myself that the Libertarian Party is and was a viable option over the standard two party system.

Here is a time line:

•         Federal Senate Seat against incumbent Tom Udall (D). A yes man for the Democrat party. A typical money man and worries only about money.

•         Johnson was not in the political spotlight at all until he started running his campaign for the 2016 Presidential election under the Libertarian ticket again. His campaign in New Mexico was nonexistent.

Now looking at this timeline you might think who cares, but bare with me. As mentioned in the introduction every third party candidate that is running for President is trying to build a house with the roof first and no foundation to support it. If Gary Johnson wanted to be treated as a true Libertarian and not just as a “wasted” 3rd party vote, he should have done a differed plan of action for the 2016 election. This is what I think how his game plan should’ve gone to break up the two party system:

•         After the election focus on the midterm elections. Find like minded individuals to run in city, county and state elections in the state of New Mexico.

•         Within the search focus on people who are willing to run as a Libertarian and with the promise of running as a Libertarian have Johnson promise an endorsement and possible appearance with the candidate.

•         After finding willing participants put on a few seminars helping with public speaking, interviews, policies and anything dealing with politics. Yes this can cost a bit of money but this can help build a foundation for the party.

•         Have any willing participants focus on elections where the election is currently being run unopposed. Many candidates that run unopposed for several election cycles, don't typically have a surplus of funds. It gives the party a leg to stand on and gives the citizens of that area a choice to pick A or B instead of being forced to pick A (even if you didn’t vote for A).

•         Have a reachable goal for his endorsements to win. Let’s say he had 20 individual endorsements running for NM state reps 20% should be an attainable goal. This would mean that 4 individuals would be his goal.

•         Outreach to David Clements (candidate for Senator during 2014 election) before he submitted to the Republican Party and exclusively work with him as a Libertarian. At the start to get on the ballot Clements proclaimed himself a grassroots individual. In hindsight Clements received the endorsement of Governor Susana Martinez during the Primary and received 37% of the Republican vote but actually reached the entire state vs. his opponent Allen Weh who solely focused on big money cities. Clements always tried to debate him but Weh refused. If as a third party, the election could’ve gone a much different way.

•         I agree again with Johnson during the 2016 election to focus on getting on the ballot in all 50 states. This was a big win for the Libertarian Party.

•         At the tail end of the election cycle, Johnson should’ve stopped campaigning around the country and focused on New Mexico and take the electoral votes.

Yes you heard me right, I believe Johnson should’ve focused on New Mexico and tried to take the state for the electoral votes. NM consists of 5 electoral votes (.9% of the full total and 1.8% of the 270 needed to win) and would not have a difference to either Clinton nor Trump if Johnson won New Mexico. It would be a drastic change for Third parties nationwide something not seen since Ross Perot (I). It would be an excellent foundation for New Mexico.

In the end I don’t blame Johnson for not doing any part of this. It takes time, effort and a little bit of money. But the issue is with Johnson and every third party candidate going for the presidency every four years, you see the same consistent trend. You see both former politicians and individuals who have never ran a public office always gunning for the top spot with zero foundation of their respective parties. In order to break the two party system down, the “third parties” need to prove to the citizens that their ideas work. There is no reason in America in any given city, county, or state election to have unopposed elections. Want change? Make change! Great foundations of any system start at the bottom and continue to build from there. They do not start at the top. No house has ever been built from the roof down. Remember this when a 3rd party candidate has nothing to show for their ideas much like Libertarian Gary Johnson.