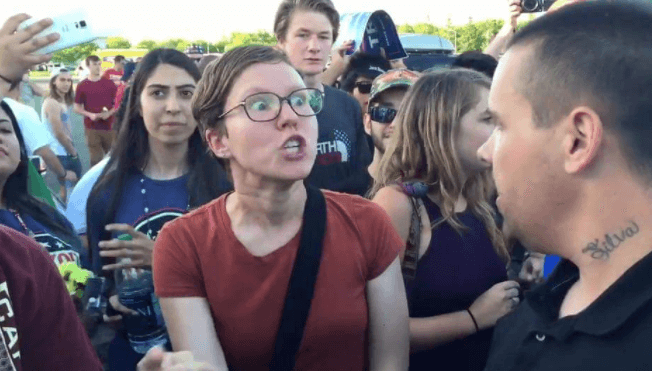 College: The Most Clever Scam Of Our Generation

College: The Most Clever Scam Of Our Generation

You grow up in a school system that tells you need college in order to succeed. Your college-educated parents say the same. You look at their lives and the things they can afford and you realize that college is definitely the way to go. Along the way you see how people treat those who didn’t go to college; These people, usually manual laborers or workers in the service industry, must be stupid. But you’re different. You’re going to college and you’ll be successful and make tons of money.

You graduate high school and it’s off to college. You remember the tour you took last year where you looked at the brochure and saw how expensive it was to attend school and live on-campus, even if it was a state school. But you figure it must be worth it. So for thousands of dollars a semester, you’re stuck in a box they call a dorm room with another roommate. You spend another several thousand dollars a semester for unlimited use of the dining hall, which is one step above prison food, and is barely edible.

But the classes will be worth it! So you get your textbooks, only to find that they can cost up to several hundred dollars EACH. You then attend around 5-6 classes a week. Depending on your major, you may have no more than 3 hours of classes a day. It’s a far cry from the 6 hour days you were subjected to in high school. But why was high school free, when you’re paying thousands of dollars per class that you’re only in for 2 hours a week?

You then realize that your classes are nothing but compliance tests taught by an individual who claims to be an expert in the field you’re majoring in but who hasn’t actually worked in the private sector in years…If they ever worked in it at all. You write down what the professor says and regurgitate it on tests and papers. If you dare disagree with the professor you’ll get a bad grade. So you suck it up and keep your mouth shut and pass. This is because if you have an issue with your professor then you’re shit out of luck. They may teach the only class of its kind in the college and you need it to graduate. So your only option is to deal with it, or else transfer to another college where you’ll lose a number of credits in the process and need to stay a fifth year in order to graduate. Later on you’ll realize you could’ve learned everything this professor taught by reading books from the library or from a Youtube video. But no, you won’t succeed in life without the diploma that says that their education is better than one you could give yourself.

At the end of the semester you go to sell your $400 philosophy textbook back to the school, only to find out that they’re using a new edition next semester where the only difference is they added a new forward…But they still can’t accept yours. What’s even worse is that the professor never assigned anything from this textbook. You now have a $400 paperweight.

Eventually you and a few friends move off-campus. The first thing you realize is how much cheaper it is to live in a house or an apartment with actual decent sized rooms compared to the dorms. The food bills are also cheaper, and you can cook better food than the mush you were getting served in the dining halls. You wonder what exactly your tuition and meal plan money were being spent on, because last you heard your college was going broke. After all, isn’t this why the college relied so much on free student labor to keep certain academic and extracurricular programs going?

Fast forward to graduation day. You did it! A few weeks after you walk you get an invoice from your old dorm. You know those thumbtacks you used to put up posters in your room your first semester? They’ve been spackled by the uneducated unwashed cleaning crew. That’ll be $5 per hole due immediately, or else you can’t get your diploma. $120 later, you’re in the clear.

You finally get your diploma, and you’re officially a learned individual with valuable job skills in the market. So you apply for job after job…As do the tens of thousands of other college graduates who majored in your field. You don’t realize it yet, but college has become more like the 13th grade, where the only requirements to get in were to have a C average, a pulse, and enough money to pay your tuition.

Oh yeah, speaking of tuition, you’ll need a job soon because you’ll be saddled with student loan debt. You see, your parents didn’t actually pay for your education out of pocket. No, they borrowed most of the tuition money and put it in your name. Just like how they borrowed money via a mortgage and credit cards to afford the status symbols you assumed were the product of a decent living made because of a college education. If you’re lucky, you’ll only be paying your student loans off for the next decade.

There aren’t many paying jobs being advertised, and for some reason all the entry-level positions require 2-3 years’ experience. How are you supposed to have that experience without ever having worked in the field? But the bright side is there are tons of unpaid internships. Hey, that should get you in the door, right? So you interview and you get the internship where you’ll work for free, possibly for 40 hours a week, for the chance to learn about your field and *maybe* get a promotion and an hourly wage. But two situations will occur during this internship: Either you’re doing the work of a paid employee for free anyway, or you’re grabbing coffee and running errands. Either way, you’re basically engaging in slave labor and making less than the cashier at McDonald’s who you thought was a dumbass for messing up your order. The entire time you realize that nothing you learned in college is benefitting you. It’s possible you could’ve skipped college entirely and just done this internship and been more well-versed in the industry. But hey, without college you couldn’t brag about the class you took on 13th century French poetry.

When the internship is over, chances are you’ll be cut loose. You were so compliant in doing all this work for free that the bosses lost all respect for you and will replace you with another hungry college graduate who will do everything you did, also for free. Great.

But the student loans are piling up, and you need to get some real money. So you decide to apply for a service industry job. But you’re different, you won’t be like those dummies who never went to college! No, you’re just doing this temporarily until you get a REAL job. It isn’t until you start work that you realize that all your co-workers also have college degrees and are only there until they get REAL jobs, as well. The sense of impending doom hits you when that’s the same position one of your co-workers in their 30s is in. It’s been over a decade, but the REAL job never came. Will that be a vente or a grande?

At this time the crushing debt mixed with the low-wage from your job make it impossible to get ahead in life. You’re reaching your mid-20s, the age your parents were when they settled down, but you’re still living at home or living on your own and struggling to make ends meet. It shouldn’t be like this, you think to yourself, college was supposed to be the answer to everything!

Ten years later you’re still struggling to make ends meet, and you still have student loan debt for a degree you may not even have ever used, when you go to your high school reunion. There you  meet one of the dunderheads in your class who never went to college. He ended up getting into manual labor and was able to make $40k his first year. Since he had a four year head start in the job market without the spectre of debt looming over him he was able to save up to buy a house and get married. You scoff at the concept, don’t you need a college education to live the life your parents did? Meanwhile, you’re still living in a dingy apartment with roommates and no prospects of moving ahead in sight. But at least you went to college, and that’s something they can never take away from you.

Discouraged, you do the only thing you can do: You apply for grad school. Because if one degree doesn’t work then doubling down must be the answer…